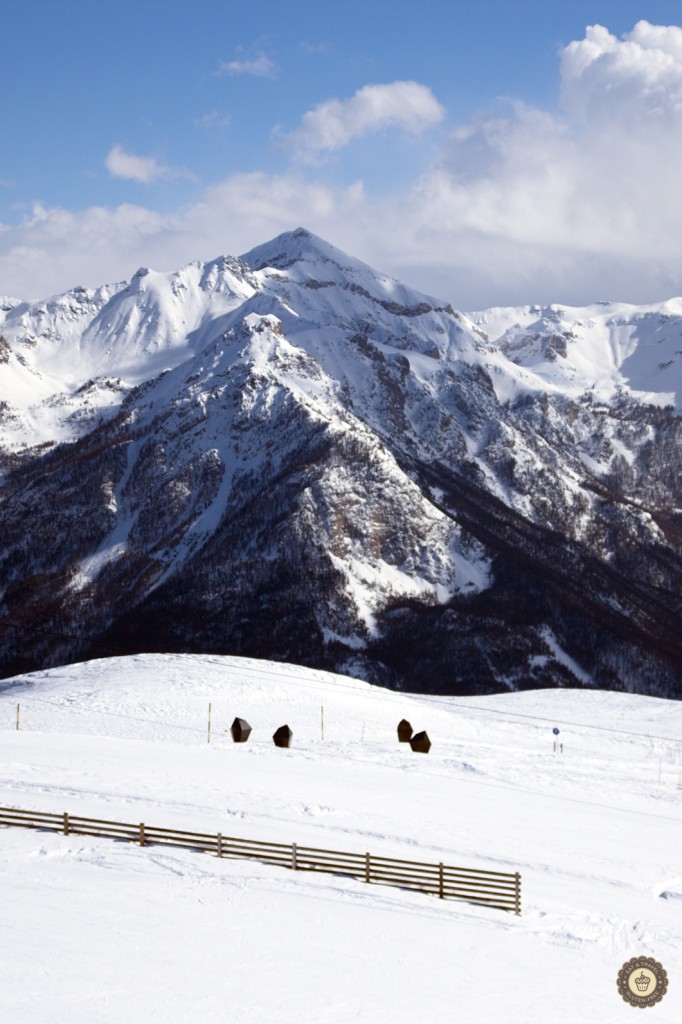 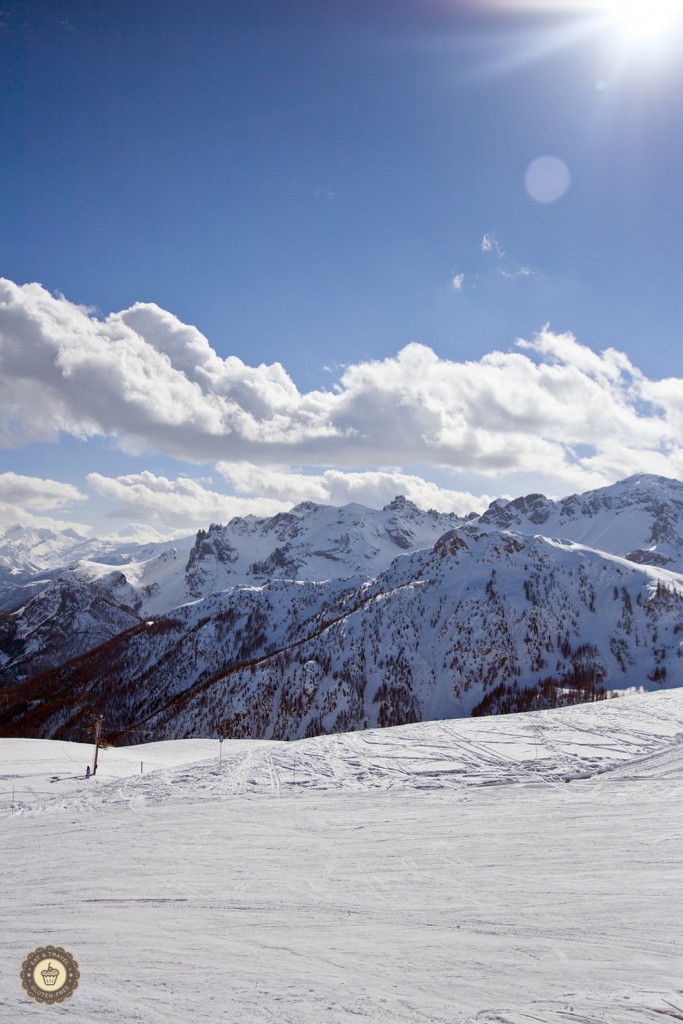 My first time skiing in France was spent in a little ski village, located in the Alps and called Briançon, in the area of Serre-Chevalier. And what I have to say is that each of the parts of Serre-Chevalier is just lovely! Each village, with its narrow cobbled streets lined by small shops, cosy bars and traditional restaurants that give them a very French feel, looks like a fairytale. Especially while covered in snow! But Briançon, with its 17th-century fortified old town and its traditional auberges and pâtisseries, is my absolute favourite place! And we had unbroken sunshine every day except one, but we could still ski (blanketed by snow Briançon had an unpretentious charm!). Accordingly, thermals and jackets were generally more than sufficient and we didn’t even wear our mid-layers.

We stayed at Le Signal du Prorel – we decided in favour of this place because they claimed to cater for a gluten free diet.

All apartments they offer have kitchenette with hot plates, fridge, bathroom and a balcony. Most of them have pull out sofa beds, but – unfortunaletly – they aren’t too comfy.

We had two meals a day and we always got a table at mealtimes without a problem. The morning buffet style arrangement worked well – queues for particular dishes were rarely more than 3 or 4 people long and it never felt like we had to wait for our meal. The staff was young but friendly most of the time.

But… Meals weren’t always gluten-free, so there were days when it suddenly turned out that I had nothing to eat, so what was I paying for? That’s the first thing. And the second: I believe that anyone advertising that they cater for special diets should at least know about them or ask the guest – no one asked me about anything and I was served a regular „full of gluten” meal several times. And once, when I really wasn’t sure about the meal I was given, I asked the manager if it was 100% gluten-free – she answered: „Well, last week we had a guest on a gluten-free diet, she ate it and she she is still alive, so probably it is gluten-free”. Well… What can I say? I got the feeling that the employees weren’t really well educated.

What is worth mentioning though: excellent location – close to restaurants, shops and café-bars. Adjacent to the Prorel cable car, ensuring easy access to the slopes. And, thankfully, there were quite a few bio stores nearby, so I easily found bread, pasta, cookies, flour, and gluten-free croissants! Except for bio stores, all these things could also be bought at Carrefour, which was five minutes away from the Le Signal du Prorel.

In general: good value for money. These apartments are probably the most affordable way of accessing the entire Serre-Chevalier valley, so it’s worth considering but keep in mind that it would be safer to eat somewhere elase. My biggest recommendation for a restaurant in that area is the Loup Blanc in Chantemerle. It is some of the best food I have found in France and most of their meals are gluten free.

Hello & welcome to my private gluten-free heaven, thanks a lot for stepping by! I hope you’ll find here everything you need – make yourself comfortable, enjoy the reading and visit this place as often as you can. You’re always very welcome ♥

Hi there! I'm Nathalie, the author of Eat & Travel Gluten-Free - a place that was created in order to write down and hand over all the best gluten-free recipes that came out from my heart and were created by my hands ;)

CelineM says: We adore this place, food is really good....